The superheroes of the energy transition

The massive expansion of the supply of renewable energy is an essential prerequisite for the success of the energy transition. Renewable energies currently account for more than 40 percent of electricity consumption – a major success compared with six percent in 2000, but a huge challenge if we are to achieve climate neutrality in 24 years.

Above all, it is also a challenge to university research to support this process. FAU has particularly impressive expertise in this area: materials science, process engineering, power electronics or geology are leading the way nationwide, and in some cases worldwide, in the development of new materials and technologies as well as the tapping of new sources of sustainable energy.

This is not just about higher efficiencies, more intelligent control or new infrastructures, but also about making products and processes more environmentally compatible – as the examples of organic solar modules or biocatalysts show. 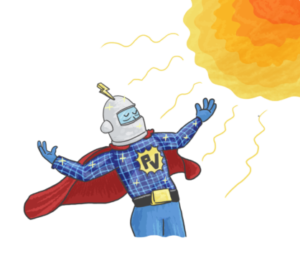 Photovoltaics currently cover just under ten percent of Germany’s electricity needs. In the coming decades, however, its share is expected to rise to 50 percent of total energy demand – a truly Herculean task.

In order to make this expansion sustainable and conserve resources, intensive research is being conducted into alternatives to silicon technology. “We need new technologies for the expansion of photovoltaics beyond the available conversion areas for solar parks or roof surfaces on buildings,” says Prof. Dr. Christoph J. Brabec from the Department of Materials Science and Engineering. “The use of flexible and transparent solar technologies that can be integrated into any surface or even synergistically coupled with agriculture has the potential for a terawatt in Germany. This can ensure that sufficient electricity from solar energy will be available in the long term.”

Brabec is one of the world’s leading developers of organic and printed photovoltaics. Organic solar cells are made of special polymers and carbon-based molecules, which include fullerenes and other carbon allotropes such as nanotubes or graphenes. This design allows the modules to be printed directly onto flexible films. In this form, they can also be glued to curved surfaces, such as car roofs. The second key advantage is that the modules can be manufactured in different colors, semi-transparent and even completely transparent. “This makes them easy to integrate into building facades,” Brabec explains. “Even window panes become solar modules and help make houses energy self-sufficient.” Initial studies attest to the high environmental compatibility and recyclability of organic photovoltaics.

At the Helmholtz Institute for Renewable Energies in Erlangen, Christoph Brabec is currently researching how to make organic photovoltaics even more efficient and durable: “Our goal is 20/20. The modules should achieve an efficiency of 20 percent and a service life of at least 20 years.” One key to success lies in the development of combined Big Data and AI concepts for automated research systems. 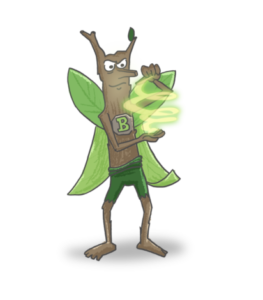 One fifth of renewable electricity in Germany is generated from biomass, most of it in biogas plants. If the electricity, heat and transport sectors are added together, even more than 50 percent of green energy is accounted for by biomaterials. However, biogas still contains an average of 30 percent carbon dioxide, which is of no use for combustion. “To increase the proportion of biomethane in biogas, hydrogen is needed, which reacts with the CO2 to form methane, using energy,” explains Katharina Herkendell of the Chair of Energy Process Engineering. “To do this, water must be split.”

For the classic two-stage process of water electrolysis and subsequent synthesis of carbon dioxide and hydrogen, catalysts made of platinum or iridium are mostly used. These precious metals are firstly expensive and secondly are often extracted under questionable conditions. Herkendell is researching replacing the metal catalysts with biomaterials, such as enzymes combined with carbon nanostructures. “Biocatalysts have unbeatable advantages,” she says. “They’re renewable, largely insensitive to impurities, and work well at room temperature.” For example, water splitting and methane production can be combined into one step using bioelectrodes. In some cases, electrically crosslinked enzymes even work so selectively that expensive proton exchange membranes can be dispensed with in the electrosynthesis cells.

Herkendell is convinced that bioelectrocatalysts can still play a significant role in decentralized energy conversion in the first half of this century. Reactors in which microbes act as catalysts are already being tested for the power-to-gas/liquid sector. They convert hydrogen and carbon dioxide into methane, which can be fed directly into the gas grid. In addition, the Nuremberg bioengineer is researching fully renewable fuel cells with enzyme catalysts that enable sustainable power generation from organic waste, sewage sludge or cellulosic biomass. 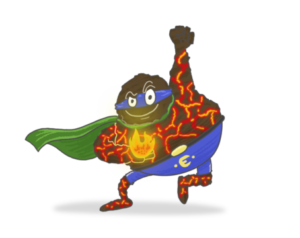 Geothermal energy is an inexhaustible source of renewable energy. So far, it has been used primarily in regions with high volcanic activity – such as Iceland, where hot springs can already be tapped close to the surface. But there are also areas in Germany with enormous potential – for example, the Molasse Basin located between the Danube and the Alps: “Here, from a depth of about 4,000 meters, we find thermal waters with a temperature of up to 140 degrees, some of which are even suitable for electricity production,” says Prof. Dr. Harald Stollhofen, holder of the Chair of Geology. The expert estimates that in the future, the Munich metropolitan region could cover almost 70 percent of its heating needs with deep geothermal energy.

Such thermal water-bearing strata hardly exist in northern Bavaria. But here, too, geothermal development could be worthwhile: “In the region between Bamberg and Coburg, we have discovered a granite body below a depth of about 2,000 meters that is crisscrossed by numerous faults and fractures,” explains Stollhofen. “These natural fractures may be filled with hot water that can be pumped to the surface via boreholes.” Experts refer to this process as stimulated geothermal systems – as opposed to hydrothermal in the case of the molasses basin.

As part of the Geothermal Alliance Bavaria (GAB), FAU geologists are primarily dedicated to the task of creating maps and models of the deep subsurface of the Free State. Stollhofen: “So far, such exploration results have been available preferably in areas that were already interesting for oil and gas production or mining in the past. But in northern Bavaria, we still have many white spots on this map.” Because a deep borehole alone costs several million euros and provides only selective information, the team is initially using mainly geophysical methods for two-dimensional exploration: seismic, gravimetric and magnetic methods, for example, or the isotopic analysis of escaping gases. Stollhofen is optimistic: “Perhaps Bavaria will one day be able to supply geothermal power to northern Germany when there is a wind lull there.” 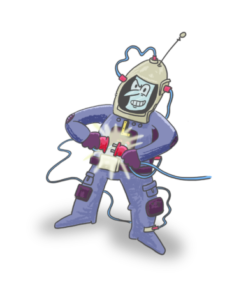 Wind turbines, photovoltaics, cogeneration – our energy supply system is becoming more decentralized and heterogeneous. As a result, the number of voltage and frequency realignments is increasing dramatically. At the same time, the elimination of large power plants means that there are no conductors in the grid, which is becoming a challenge for a stable power supply.

In Erlangen, intensive research is therefore being conducted into what contribution power electronics can make to the increasing supply of regenerative energy. “Integrating a wide variety of generators into a grid will be a daunting task,” says Prof. Dr. Martin März, holder of the Chair of Power Electronics. “On the one hand, we must manage to maximize the efficiencies of converters, such as inverters. On the other, we will also have to rethink the architecture of the grids.”

This includes, for example, avoiding unnecessary conversion processes. März: “Take photovoltaics: The modules on the roof produce direct current, which is converted to alternating current on site because that is how the household grid is traditionally designed. But to run your laptop or charge your e-car, the alternating current then has to become direct current again.” März believes that hybrid grids with separate, self-contained DC voltage areas will lead to much more cost-effective and efficient solutions in the future.

In the future, power electronics will also make use of artificial intelligence algorithms to monitor the supply network, for example to be able to compensate for fluctuations in the energy supply at lightning speed. At the same time, converters can become central elements of predictive maintenance. They would be able to register damage to underground cables and thus help prevent blackouts. But it is also interesting to look in the direction of the electrical consumers: Motor currents, for example, could be used to detect damage to drives at an early stage without having to install additional sensors.

Matthias Münch studied sociology and worked as a freelance journalist. Since 2001, he has been supporting companies and scientific institutions in public relations and corporate communication.